Jeshea is a writer who writes for lost souls waiting to be found, a demigod who has managed fairly on her own now that she is out of camp. She is now in the desert with her panda Cheng Shi who keeps the monsters at bay. 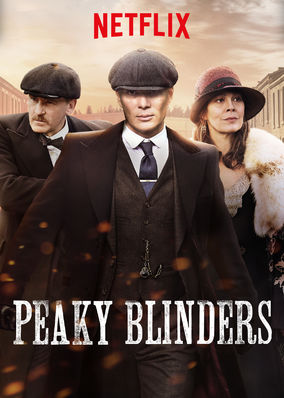 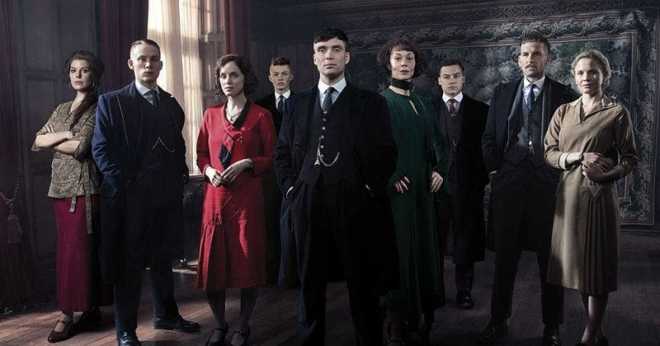 The Peaky Blinders is a series created by Steven Knight, about a gangster family in Birmingham, England set in 1919.

The Shelby family is the gangster family that heads the Peaky Blinders, named such as for their practice of sewing disposable blades into the peaks of their flat caps to use as weapons in blinding their enemies. It is actually based on a real life gangster of the same name, though it is argued that they do not really have blades on their caps from before.

The family is headed by Thomas Shelby, along with his brothers Arthur and John. They fought in France during the World War I where Tommy (Thomas) came back with multiple awards. He is considered as the head of the family, although he is just the second eldest, for his schemes that expanded the business and power of the Shelbys. The company is also comprised of his aunt, Polly Gray, her son and their cousin Michael Gray, their sister Ada Shelby-Thorne, their little brother Finn, and the spouses of the siblings.

Peaky Blinders first caught my eye as my old college schoolmate always posted about it on Facebook. I got curious because this particular person has peculiar taste, as he shuns the social hype and is often into things that are unique. I relate in a way, because things lose their value to me when they are hyped. I started to watch some of the short clips of the show on Facebook and my curiosity prompted me to finally get on Netflix.

I have watched Season 1 to Season 5 during my free time in a span of a fortnight.  Each Season is comprised of 6 episodes of about an hour each. You will not regret time spent on it, because every scene is so well crafted that there is nothing put to waste. Every detail is counted. The intro song is stuck to my head when it comes on.

Season 1 was the introduction of the Shelby family. I was a bit confused at first so I read some of the summaries about them online, (I always seem to be having this problem.) I couldn’t get the role of Freddie Thorne in it and why Tommy hated him until I refreshed my English History knowledge. It pays to know a bit about it, by the way, when you watch the show as it is aligned with England’s historical events. It begins with one of Tommy’s schemes in stealing war guns that everybody is looking for. The English government assigns Major Campbell to find them and he plants Grace Burgess, his spy, as a barmaid in the Shelby’s bar.

I cannot help but be drawn to the Shelbys. I like their swag, although to be honest they were (still are) obnoxious, dangerous, and selfish. They have the worst qualities of being bad men. They have the closest family ties, too.

The characters are fit for their roles. I don’t know how Steven Knight managed to get the perfect actors, but he did. I checked their profiles and they are really far off from the roles they play on Peaky Blinders.

Season 2 was focused on Major Campbell’s revenge on the family after Tommy outwits him in Season 1, and takes Grace from him. The Shelbys plot is focused on entering the London scene, already caught up in a war between two heading factions- the Jews and the Italians. Alfie Solomons is a fan fave, and I didn’t realize it was Tom Hardy until I looked him up. His character is too fluid, you won’t even understand where his loyalties lie. 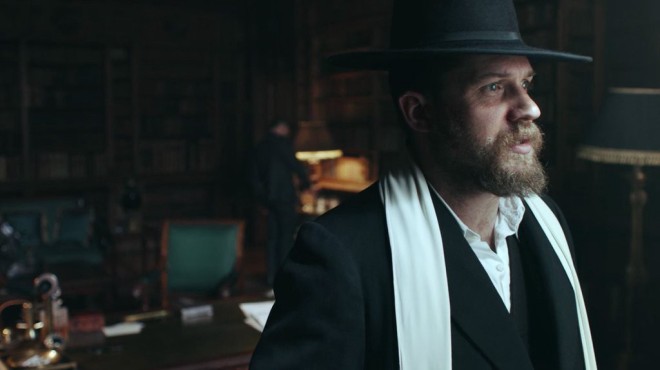 Michael was also introduced here and I must really comment on how he has grown all throughout because he was such an innocent kid here and he will become poisonous in the next seasons to come. You should really watch out for the character developments on this show.

Honestly, Season 3 was a bit of a blur to me because of Grace’s comeback, but the wedding scene is one of my favorites when Tommy warns the boys with no fighting. I didn’t really like Grace much, as she was Tommy’s weakness and brought out the worst in him. Tommy is involved with the Russians here and the portrayal of the Russians made me realize why their country abolished their monarchy. They’re all mad; the kind of madness that even Tommy cannot tolerate.

Season 4 is my personal favorite although it had a lot of death (just so you know, everybody dies all the time in Peaky Blinders; don’t warm up too much to anybody.) Luca Changretta is my villain, what else can you expect from Academy award winning actor Adrien Brody? See, I told you they have brilliant casting. You will also see the ever recognizable Aidan Gillen (Peter Baelish on Game of Thrones) as Aberama Gold, whom Tommy hires as a hitman in the Vendetta between the Shelbys and the Changrettas, as they have killed Luca’s father and brother in Season 3.

I just love the whole string of ideas in the Vendetta. This is also the climax for me, as it brings the family a whole new image after the events in Season 3. They are not the same as before as each of them face their own demons, Tommy especially.

Season 5 is too short for me. Here it is more aligned to history, as Tommy is given a place in Parliament (through his scheming, of course,) and he keeps an eye on Oswald Moseley. As you know, Moseley was a fascist, and an admirer of Mussolini, the Italian dictator, played by Sam Claflin. I am sorry, but I am so used to Sam’s soft face in my books to movie list (Me Before You, Love Rosie,) it was really weird seeing him play the villain. He’s doing a great job, though.

There is always a cliffhanger in every season, and this seems to be Knight’s style to keep the viewers wanting more of it. I don’t know how this show not as popular as the others, but the quality is an A plus. I don’t know what to expect from the next season, there are so many storyline that can be creatively written. Peaky Blinders should be the next Game of Thrones, but honestly, I hope they don’t ruin the end like they did with GOT.

I haven’t described much of the plot’s major spoilers to get you to watch it yourselves. I highly recommend this show. If any of you has watched it, I am dying to know what you think about the characters and what will happen next, please feel free to leave your thoughts.